In the final 7 days of the 2020 US Presidential campaign, two divergent trends emerged on Facebook which highlighted fascinating differences between the Democratic and Republican election campaigns.

As several media outlets reported, the Trump campaign focused heavily on door-knocking in key swing states despite COVID-19 case surges in many of those same states. Hundreds of thousands of doors were knocked on per day by Trump field supporters on the ground. The Biden campaign mostly ceased its ground campaign in contrast and diverted its resources heavily to advertising across TV, radio, print, outdoor and digital channels.

In the lead up to election day, Facebook’s ad transparency tool, Ad Library, confirmed this huge discrepancy between the Facebook & Instagram ad spends of the Biden and Trump campaigns: 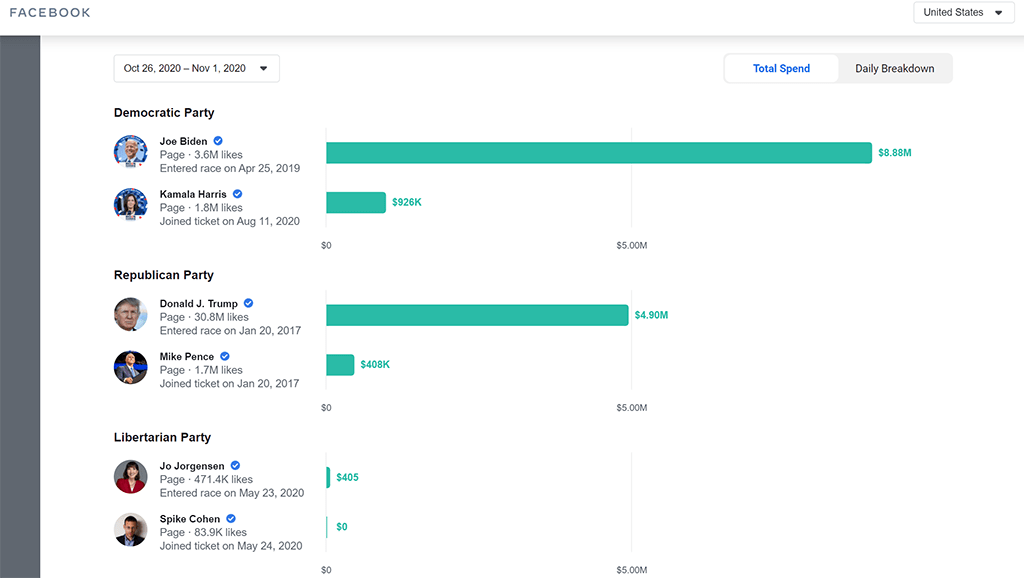 Joe Biden and Kamala Harris both outspent their Republican counterparts by nearly double. The spend totals above are aggregates and take into account other Democrat and Republican pages.

With such a big ad spend by the Democrats (over $1M per day), you would expect this to translate to comparatively high content performance (ie: higher interactions on content published by Democrats) however this wasn’t the case at all – in fact not even close.

Here at Social Status, we used our Competitor Analytics tool to analyze over 100 State Democrat and Republican Facebook pages and found the Republicans beat out the Democrats when it came to post performance. State Republican pages achieved over double the Interactions (Reactions, Comments and Shares) on Facebook compared to the State Democrat pages:

When you look at the breakdown of Facebook Reactions (Love, Haha, Wow, Sad, Angry) another interesting story emerges. In our analysis, we split each Reaction into a percentage vs the overall number of Interactions. Facebook Reactions importantly provide an explicit indication of sentiment. The problem with trying to gauge sentiment in the Comments of posts is that English is such a difficult language – even the best sentiment engines only achieve 60-70% accuracy. Even when a human takes over, there is often disagreement about whether a certain comment is positive or in fact negative. This is why we prefer to gauge sentiment from Facebook Reactions. 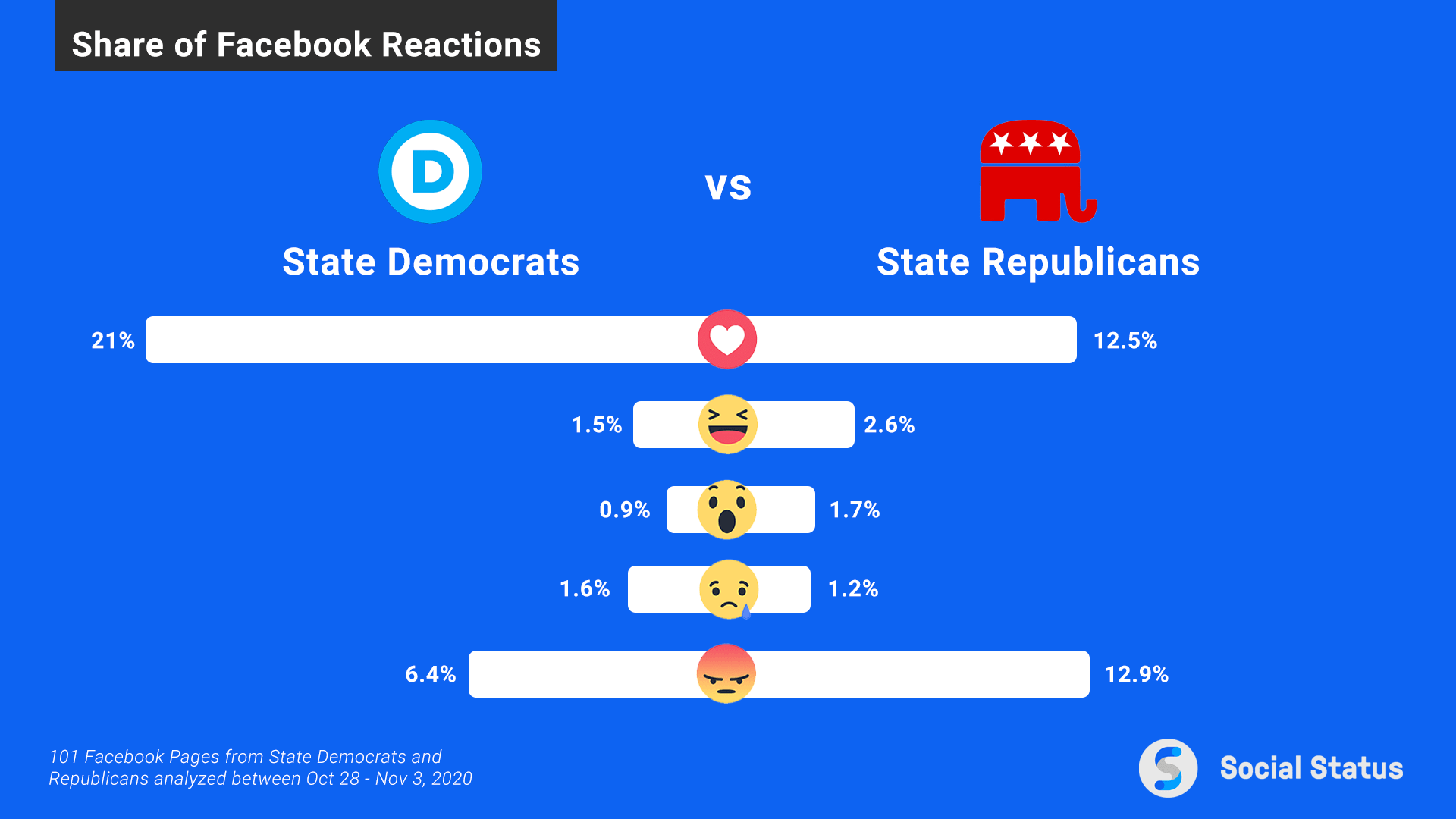 This raises an interesting point about the kind of content published by these pages and how it makes people react. A popular theory held by many social marketers is that emotive reactions (Love or Angry) can help increase organic reach of a post. While we’ve seen some anecdotal evidence of this, there are several other stronger signals which increase organic reach such as shares, friend-tagging and video views.

Top posts by US State Democrat pages on Facebook:

Top posts by US State Republican pages on Facebook: