Of the mainstream social media channels, Twitter is unique in that it doesn't differentiate between personal profiles and organization profiles. There's just one standard profile for every Twitter user. This means analytics are available for every Twitter profile. Twitter provide their own native analytics, plus you can of course use Social Status' Profile Analytics to view Twitter performance metrics.

Twitter's tweet metrics refer to metrics at the tweet-level only. When looking at performance at the profile-level you can usually sum all numeric metrics for a total or average any rate metrics.

Impressions is the number of times that a tweet has been seen on Twitter. Impressions are non-unique so if 1 user sees the same tweet 3 times, that tweet will have 3 Impressions despite them all being from the same person.

Twitter does not support the Reach metric for organic tweets. Instead, it relies 100% on Impressions to tell the top-of-funnel performance story. The lack of a Reach metric also means, there is no Organic Reach Rate metric.

Some speculation in the industry suggests Twitter omit Reach because they want to simplify how Tweets are measured and the existence of both Impressions and Reach cause confusion. This is plausible since Impressions and Reach are commonly confused in the industry however all the other main social channels support both metrics at the content level so it leaves Twitter all on its own with seemingly less robust analytics.

Others in the industry have speculated that the disparity between Impressions and Reach may be quite high on Twitter, suggesting that Reach is much lower than Impressions and users are seeing the same content multiple times (high frequency). Another theory suggests there's an internal technical limitation that prevents Twitter from calculating true Reach on tweets. However, this may be disproven since Twitter does provide the Reach metric for paid campaigns but interestingly it's not visible in the default "Summary" view:

To see Reach in Twitter Ads Manager, you must select the 'Reach and frequency' group of metrics or customize the columns by adding Reach. Also, when exporting Tweet performance from Twitter's native analytics, paid tweet performance does not contain Reach. The fact that Reach is suppressed in a fairly consistent manner, does support the theory that Twitter are trying to simplify Tweet reporting and are concerned about the common confusion in the industry between Impressions and Reach.

Like all social channels, “Engagements” is a roll-up metric containing several secondary metrics making it the sum of 9 individual metrics:

Some marketers prefer to use a different version of Engagements based only on public metrics. In Twitter's case, this would be just Likes, Replies and Retweets. After all, it may be difficult to consider an action like "hashtag clicks" equating to meaningful engagement.

There's nothing particularly bad about this BUT it just further compounds the difficulty of cross-channel comparison. If you're trying to compare say Facebook ER vs Twitter ER, it's an unfair comparison because the underlying metrics are different and they are being divided by different metrics. We saw above that "Engagements" are different on Facebook vs Twitter and now ER is being divided by Impressions whereas on Facebook (and all other channels) its divided by Reach.

As a result, when looking at your Tweet ER, you may find on average you see lower ER's than other channels. Indeed, if Twitter did support Reach and if ER was calculated as Engagements divided by Reach - you would end up with higher ER's overall.

ER is always expressed as a percentage and when looking at ER across multiple tweets, we simply average the tweet ER's.

Warning: there are several ways to calculate ER. Each social channel reports ER based on their channel-specific "Engagements" metric and as we know from above, each channel rolls-up Engagements differently. So keep this in mind when benchmarking ER in Profile Analytics. If you're benchmarking ER competitively in Competitor Analytics, you're in luck since this is based on public Engagements (Likes, Replies, Retweets) which is a much fairer cross-channel comparison. The downside is that you can't divide public Engagements by Impressions (since Impressions is a private metric) so ER is instead divided by Followers. Social Status also publish a monthly Twitter Engagement Rate benchmark.

Media Views simply refer to Video Views. By default, a "media view" occurs when at least 50% of the media is on the screen for at least 2-seconds. This means if a user scrolling through the Twitter Feed sees at least half of the video frame on their screen for just 2-seconds, it will count as a "media view". Some would argue that this is not really a meaningful view which is why Twitter also provide other video metrics such as views to 25%, 50%, 75% and 100% of the video length.

The Media View Rate (MVR) is akin to the Video View Rate (VVR) on all other social channels and is the best metric to answer the question: "how engaging are the videos?". MVR is calculated as Media Views divided by Impressions. The metric is expressed as a percentage and when looking at MVR across multiple videos, we simply average the tweet MVR's. Like Engagement Rate, MVR is impacted by the lack of a Reach metric so it's divided by Impressions instead of Reach. This puts Twitter's MVR at odds with how the other mainstream social channels calculate their VVR. So be mindful of this when benchmarking cross-channel.

Also since Twitter has multiple media view metrics (ie: 2-sec, 25%, 50%, etc) so too will there be multiple MVR's. For example, 25% Media Views will have an accompanying 25% MVR metric.

According to Twitter's official help docs Detail Expands refers to "clicks on the tweet to view more details". The actual user behavior behind this is when a user taps the date/time link at the top of your tweet or anywhere on the tweet text or white space which views the tweet in isolation. For tweets containing an image, Detail Expands do not include image clicks, instead, these are called "Media Engagements".

Profile Clicks on Twitter refer to clicks or taps on your profile image, profile name or profile username (Twitter handle).

Link Clicks refer to clicks or taps on a URL in the tweet text. Keep in mind that while a Link Click indicates a user has clicked a link, this doesn't necessarily mean they land on your website. This is why you'll always see a discrepancy between Twitter Link Clicks, and your traffic stats in Google Analytics. Because it can take several seconds for your website to load inside Twitter's mobile browser, some users get impatient and return to the Feed before your site has a chance to load in full.

The Click Through Rate (CTR) is the best metric to answer the question: "how effective are our tweets at driving traffic to our website?". Click Through Rate is calculated as Link Clicks divided by Impressions. The metric is expressed as a percentage and when looking at CTR across multiple tweets with links, we simply average the tweet CTR's. As with the ER and MVR, take note that Twitter's CTR is divided by Impressions. This is an exotic calculation since all other mainstream social channels divide CTR by Reach. This will be problematic when benchmarking CTR cross-channel.

Profile Visits on Twitter is the total number of visits to your Twitter Profile. This is comparable to Facebook's Page Views metric. There are a number of ways Twitter users can visit your profile including clicking your profile image, profile name or profile username in search results, a retweet or in the Feed, navigating to it directly via the URL or following a link.

Twitter Followers refers to the total size of your "Twitter community". New followers are gained when a user clicks or taps the 'Follow' button because they want to see more of your tweets in their Feed. Once a user starts following the profile, the Follow button turns into a 'Following' button. If they click the button in this state, it "unfollows" the profile. Indeed, some profiles experience more unfollows, than new followers.

We'll keep this Twitter Metrics Guide updated so you can always refer back to it to see the latest list of metrics and how they're calculated. We're always publishing new articles on our blog - Social Status Insights. For Feedly users, make sure you follow us on Feedly to always see our new articles or subscribe by email.

Social Status Insights is where we publish the latest data insights and thoughts on social media analytics, strategy and performance optimization. 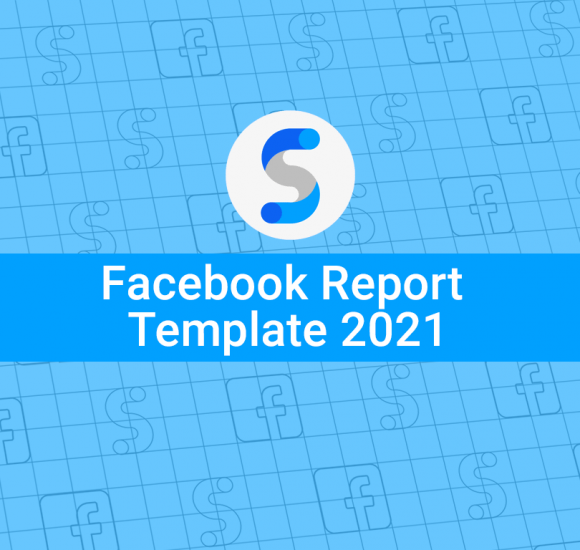 Marketers rely on social reporting to help them communicate their performance to stakeholders. This Facebook Report Template for 2021 showcases the key metrics to include that help you tell the story of your social success.

Social Media Strategy in 2021 will be defined by the accelerated fragmentation of social media channels and media formats. For some marketers, the rate of change will create new challenges while for others it will present amazing opportunities. 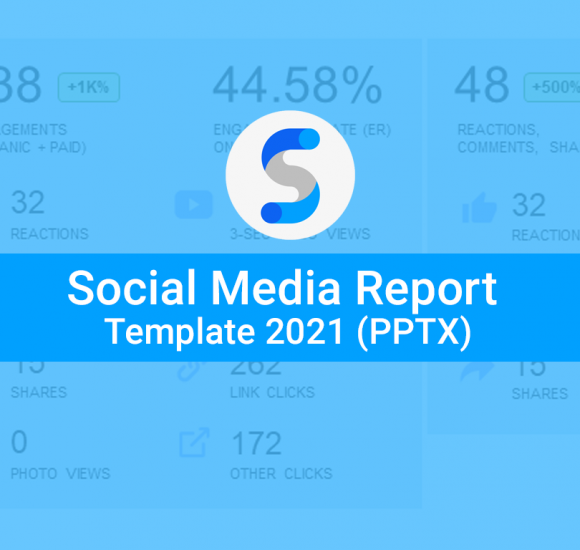 Our Social Media Report Template for 2021 in PowerPoint and Google Sldies formats helps marketers to communicate and present key social media metrics and insights to their clients or stakeholders. 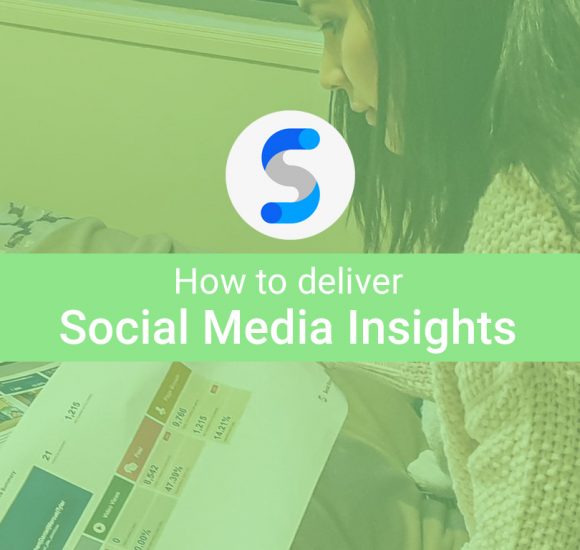 Social media analytics reports don’t have to be complex. This guide is designed to help you structure your social reports for clients or bosses who may not be as social media savvy as you.