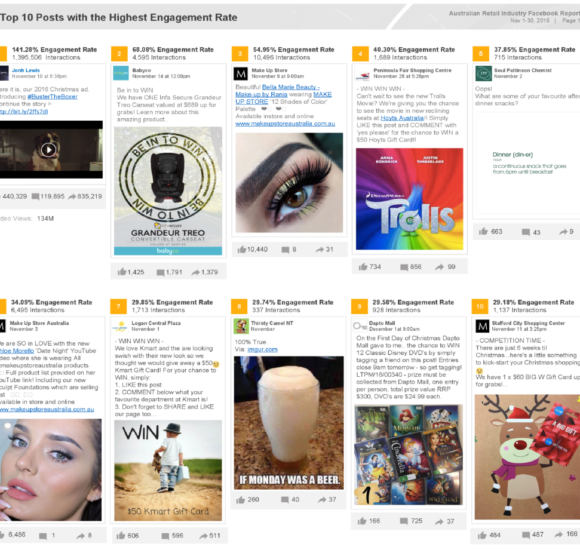 With saturation like this, we decided to investigate the $60 billion beauty industry and see what digital trends were driving these high numbers of engagement.

81% of consumers research online before making a purchasing decision.

Consumer’s are becoming far more invested at every stage of the purchasing process. With access to such diverse product offerings online, consumers are spending the time to research cosmetics through vlogs, online tutorials and forums.

Consumer’s are seeking to eliminate any risk pre-purchase, and want to know how to use a product and what it will look like on before committing to a sale.

This increase in pre-purchase interest has led to the inclusion of video tutorials of/by brands online, to allow consumers to get a feel for the look and application of a product before putting it into their carts.

This video of one of Australia’s most influential beauty bloggers, Chloe Morello, features her using Make Up Store Australia’s (MUSA) products.

MUSA shared this video on their Facebook page, resulting in a 34.09% Engagement Rate, taking out the number #6 spot in the Top 10 Most Engaging Retail Posts for the month of November 2016.

The increase in step-by-step makeup tutorials and the endorsement of products being used, has led to a movement of amateur makeup artists.

These tutorials, by both brands and respected beauty influencers, has created the belief that professional quality makeup looks are ascertainable without formal training or paying to go to a professional makeup artist.

This movement is only exemplified with over 25 million uses of the #mua hashtag on Instagram alone. 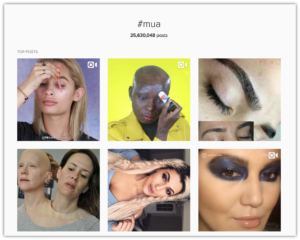 These amateur makeup artists are now engaging in 2-way dialogue with both brands and influencers, using social channels to demand more product knowledge, driving these higher levels of interaction and engagement we have been seeing.

Not only this, but these amateur makeup artists are using social channels as digital portfolios to showcase their artistry, often tagging and hashtagging the used brands to their own personal followings, further increasing the buzz surrounding the industry online. 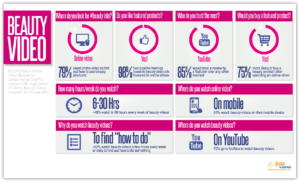 85% of beauty consumers say that they would trust a cosmetic review by a YouTuber over any other method.

With statistics like these, it is no wonder brands such as MAC, Estee Lauder, Make Up Store Australia and many others have engaged with influential beauty YouTuber’s such as Lauren Curtis and Chloe Morello.

With consumers watching anywhere between 6-30 hours of these YouTube tutorials, their ability to influence and reach large audiences is undeniable.

Not only this, but consumers have expressed the ease in which they feel they can communicate with influencers due to their perceived accessibility.

Another reason we have seen an increase in engagement with beauty brands online, is their willingness to participate in competition posts.

As we’ve touched on before, competition posts are traditionally successful in creating high levels of engagement due to their like-to-win, share-to-win and comment-to-win entry mechanics.

If you would like to know more about how your brand compares or insights into your industry, contact us at [email protected] 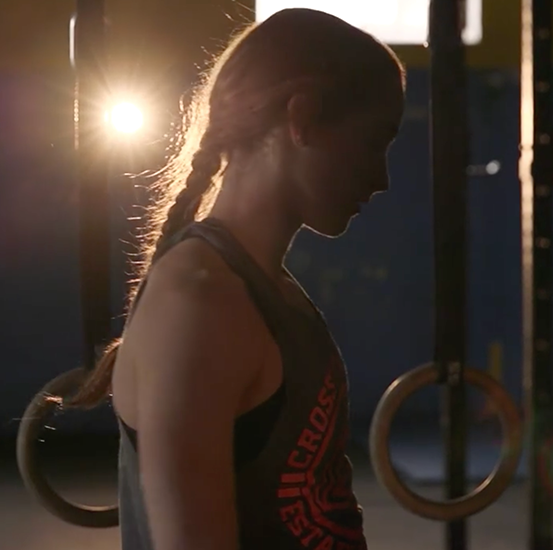 Once in a while, we come across some stand out pieces of content on social media. Admittedly, it’s the data that first spikes our attention. But then curiosity takes over, because we just have to know what on earth made that piece of content stand out in an ocean of others.

This was exactly the case for a video shared by Crossfit Jenks, a Crossfit gym based in Oklahoma, USA.

The video tells a story of a very special member of their gym, Sydney. Sydney is currently living with an extremely rare autoimmune disease and has been on a liver transplant list for over a year.

Oh. And did we mention that she is the 2015 Crossfit Champion!?

But what also makes this video interesting from a data perspective, was its ability to transcend the immediate Crossfit Jenks’ following through its viral nature generating an unprecedented engagement for the page (competitor ER average was only 0.71%).

Clearly this video is an extremely emotive and inspirational story of the resilience of a special individual that resonated deeply with the audience. Considering the average video length on Facebook is 55.3 seconds, with the average view duration being 30% less than that (Crossfit’s video was 6 times that) (locowise.com), this only exemplifies how engaged the audience was with the content, despite the long form nature of the video.

Let’s take a closer look at some of the themes that made this video so engaging.

The Power of Storytelling

It’s an age-old pastime that dates back to the beginning of time and has been adopted in many shapes and forms by businesses all over the world.

This video engaged in the storytelling composition as it invited the audience to join Sydney on her journey: from her battle with her deteriorating health, to her first experience at Crossfit Jenks with her family, to her winning the 2015 Crossfit Championship.

Research has shown, and what is evident in this post, is that there is a strong link between the sentiments video content evokes, and the sharing intent it creates for users as the emotional appeal makes consumers more willing to share the content with their network (clickz.com).

As a result, Crossfit Jenks were able to engage their audience by creating overwhelming feelings of adversity, happiness, motivation and admiration, resulting in it being watched more than 236K times and being interacted with 2,971 times.

By sharing Sydney’s story, Crossfit have established her status as an influencer as her face becomes synonymous with the Crossfit brand.

She now represents the community that they have built and in turn, her personal attributes of adversity, resilience and inspiration are affiliated with the Crossfit brand itself.

Sydney’s story acts as a personal recommendation (whether purposefully or not), creating positive affiliations for consumers with the Crossfit brand.

With 92% of people saying that they trust personal recommendations over brands – even if they don’t know the individual making the recommendations, this becomes extremely important (customerthink.com).

What also makes this video stand out, particularly amongst the other video content on the Crossfit Jenks’ Facebook page, is its production – the professional filming and editing stands out amongst a sea of DIY mobile videos currently populating their Facebook page.

By engaging with professionals to capture Sydney’s story, it is clear to the audience that they have a respect for the content being captured, showcased by its well thought out nature.

Overall, this video was a clear statistical standout in its category for its ability to engage with audiences – and it’s clear to see that it was the ability of Sydney’s story to facilitate an emotional response.

Not a dry eye here at Social Status. #TeamSydney